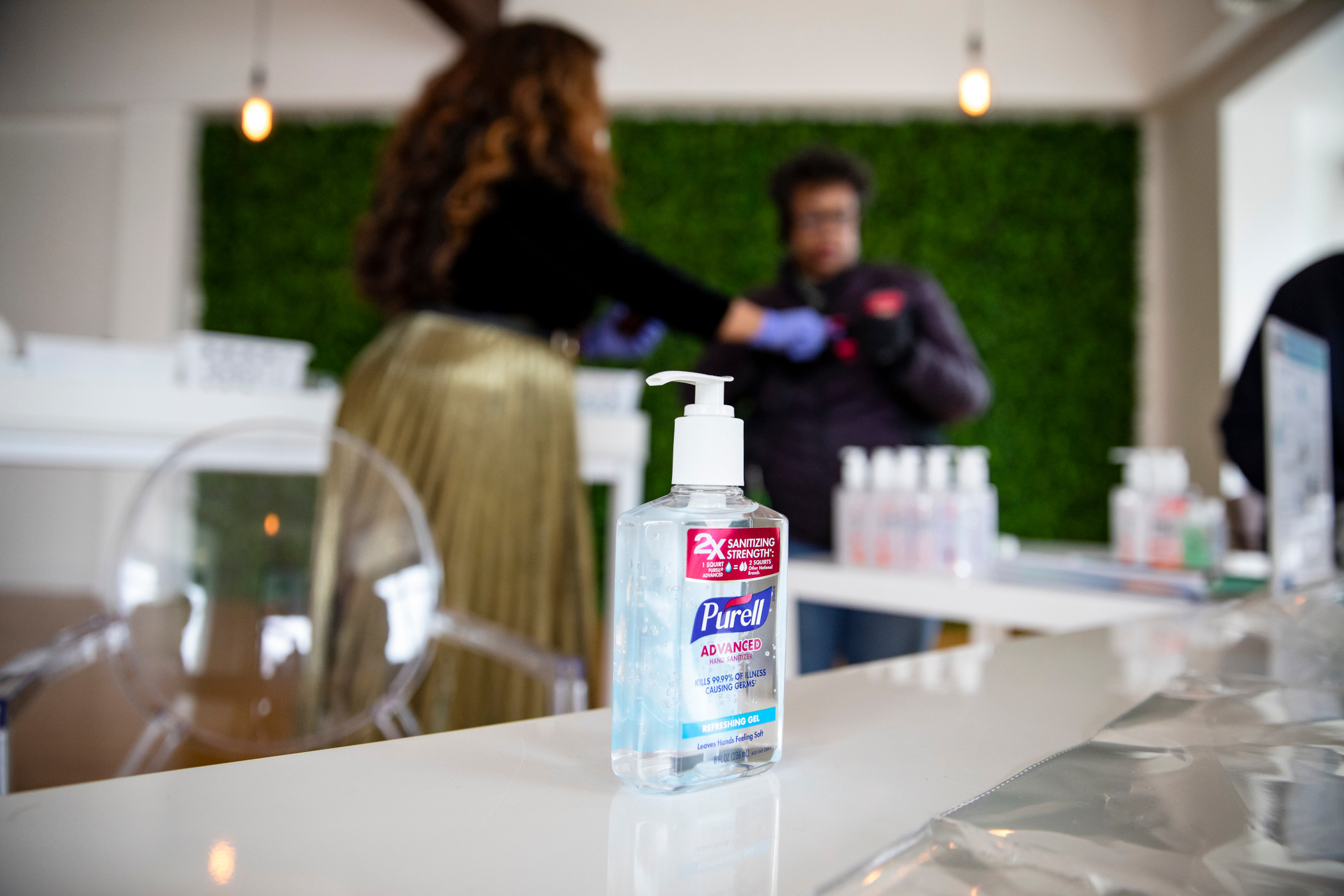 While they were interim, the guidelines ended up circulating widely last week as they went to the White House for approval; the White House was supposed to officially publish them Friday. The AP quotes an anonymous CDC source who said the agency was told that the guidelines “would never see the light of day.”

The guidelines went into great detail by category with the common thread of promoting healthy hygiene practices, maintaining distance and wearing face masks. They spanned the three recommended phases for reopening, with the final being as close to normal operations as possible while still maintaining distances and disinfecting.

Another 3.1 million people filed for unemployment last week, the Labor Department reported Thursday. That pushes the total to 33.5 million in just seven weeks.

Washington, Georgia, New York, Oregon and Alabama had the largest increases in unemployment claims, according to the Labor Department. California, Florida, Connecticut, New Jersey and Pennsylvania had the largest decreases in new jobless claims.

A Washington Post-Ipsos poll found that 77% of those laid off or furloughed are expected to be rehired by their previous employer.

Atlanta-based Cox Automotive is furloughing roughly a third of its workforce, mostly in the United States, amid the continuing slump in auto sales.

Industry trade publication Auto Remarketing reported that the company will furlough 12,500 of its 34,000 employees starting May 17. Cox Automotive owns such companies as Kelley Blue Book, Autotrader and Manheim.

The executive leadership is taking a 25% pay cut and vice presidents are taking a 15% pay cut.

Auto sales have plummeted since March as cities and states issued stay-home orders and shut down their local economies to slow the spread of the coronavirus.

Cox Automotive last week forecast that new light-vehicle sales would hit historic lows for April when it finishes the month near 620,000 units sold. That’s down 53% from April 2019 and a 37% drop from the previous month.

On Thursday, the company reported the wholesale prices for used vehicles fell 11.41%, knocking the Manheim Used Vehicle Value Index down 9.2% from a year ago to the lowest level in three years.

Nearly 87% of those being furloughed in the United States are with Manheim’s auto auctions.

The major indices traded in the green Thursday morning, shrugging off bad jobs news. The technology-heavy Nasdaq composite, in fact, turned positive for the year. Fortinet Inc., a cybersecurity firm, led gainers in the morning to hit a 52-week high. It reported first-quarter earnings that beat estimates.

Related Articles
Commercial California Moves to Let Next Wave of Retailers Reopen in Pandemic Gov. Gavin Newsom said counties in California are being given more leeway to decide the pace of business openings based on local circumstances, provided they file contingency plans with the state. (Getty Images) By Lou Hirsh CoStar News May 4, 2020 | 03:51 P.M. Gov. Gavin Newsom said California can begin moving into a second phase of business […]
Commercial Retail Loan-To-Value Levels On Steadier Footing Heading Into Economic Downturn Retail investors and lenders have been far more conservative in recent years compared to the years leading into the Great Recession. (CoStar) By Marco Cugia CoStar Analytics May 5, 2020 | 02:56 P.M. Retail properties are expected to have the most challenging road forward due to the acute effects that the coronavirus pandemic is having on […]
Commercial Plunge in Bay Area Leasing Activity Highlights Challenges Moving Forward By Marco Cugia CoStar Analytics May 6, 2020 | 01:13 P.M. The unprecedented drop seen in new leasing activity around the San Francisco Bay Area is hardly surprising given the limitation on the population under the current shelter-in-place order, which went into effect on March 17 and closed all non-essential businesses, sending shockwaves through the retail […]