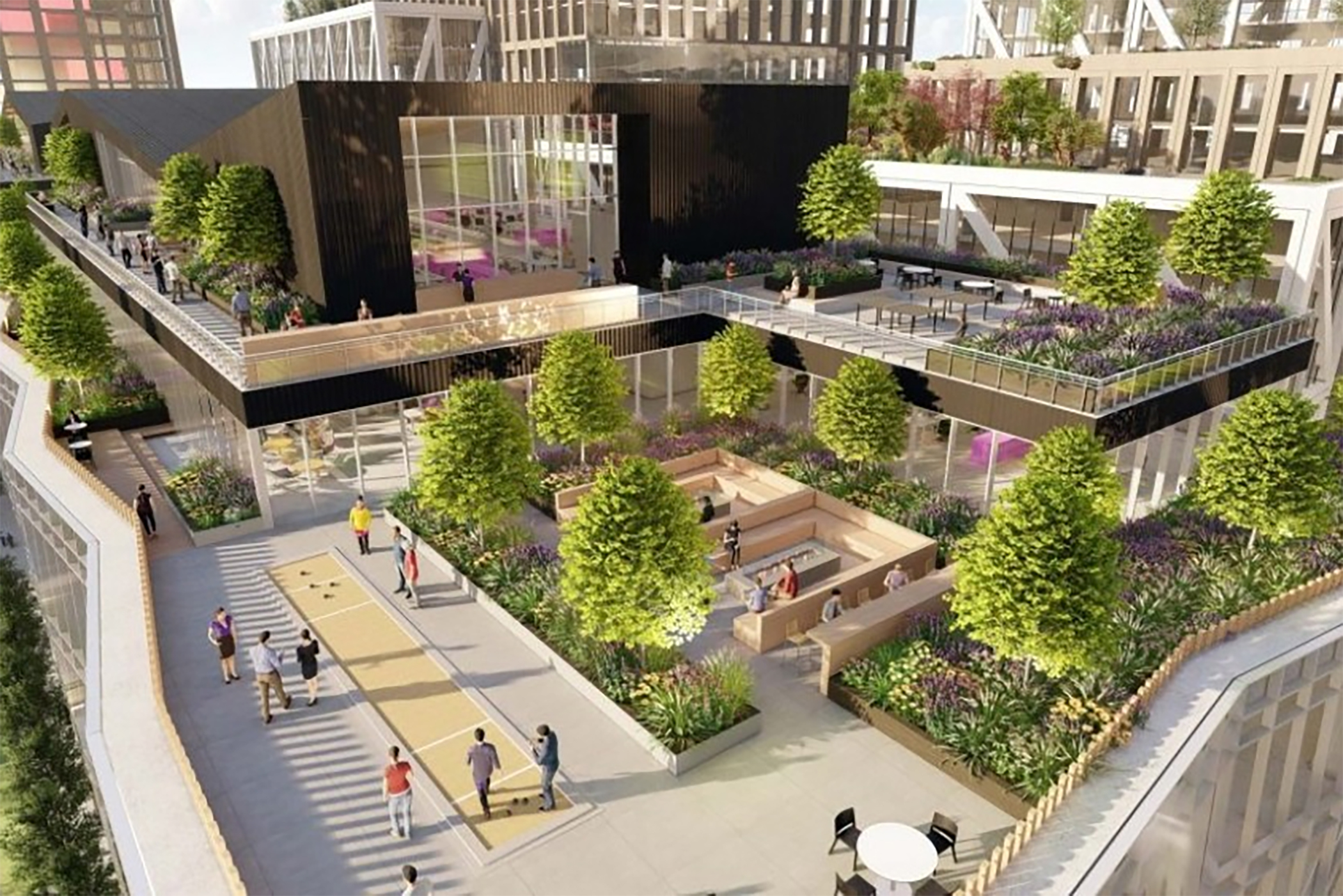 The massive growth of the tech industry in San Francisco is facing its biggest office space hurdle in almost two decades, and that could mean more demand and higher prices for the nearby city of Oakland.

The city of San Francisco has effectively cut off construction on any new office space for the rest of the year, following the city planning commission’s approval of three projects that use all the office space allocation under the city’s limit on the amount of offices that can be built. It’s the first time since 2000 that the allotment has been used up.

The three office projects approved by the San Francisco Planning Commission total almost 2.9 million square feet, taking almost all of the capacity for new offices under the city’s cap, imposed by a decades-old ballot measure known as Proposition M. About 20,000 square feet remain unallocated under the cap, according to Corey Teague, zoning administrator for the city of San Francisco. That space will be rolled over into 2020’s total allocation.

That’s a sudden change of pace for a city that expects more than 4 million square feet of completed development this year, according to CoStar. It could make Oakland, across the San Francisco Bay, the biggest beneficiary of spillover demand from the booming tech industry as expanding companies seek more space.

In San Francisco, the office development annual limitation program dictates that for buildings larger than 25,000 square feet, a total of 875,000 square feet can be developed in a given year. In times when development is slower, unused allocations can be rolled over to the next year. Since the end of the recession, the city has been working its way through a large pool of unused square footage built up from when there were few, if any, requests for development.

“Office demand in San Francisco continues to be as strong as ever,” Christopher Roeder, international director at brokerage JLL in San Francisco, said in an email. “Companies of all sizes, start ups, Silicon Valley-based or what we call ‘new age SF headquarter companies’ continue to expand, hire, and increase their presence in the city to differentiate themselves from other employers and recruit and retain talent.”

Almost 9 million square feet of new office projects are in various stages of the development planning pipeline, but only about 2.9 million square feet were available for city approval. Developers of those projects not selected can either wait for next year’s allocation, and hope for a better outcome, or try to seek rezoning to develop land they own for another use, though doing so is difficult and rare. In 2020, the allocation will be about 895,000 square feet, including the yearly allowance and 20,000 square feet remaining from this year.

All three projects are located in the city’s South of Market neighborhood, where average annual rents top out at about $80 per square foot, according to CoStar data.

In 2015, San Francisco had more than 5 million square feet of construction underway, according to CoStar data. Among those projects are skyline-altering buildings, such as the 61-story, 1.4 million-square-foot Salesforce Tower that opened last year at 415 Mission St. and is mostly occupied by the tech company that shares its name.

The amount of new construction in the city has dropped off this year, which is expected to exacerbate the supply-demand balance that exists in the city as tech companies grow and snap up what new real estate that is developed as soon as its completed, and sometimes even sooner.

Competition for new space has reached such an intensity that social media company Pinterest signed on for one of San Francisco’s largest leases in its history at 88 Bluxome St. before the project was even approved.

The level of demand is illustrated by the fact that vacancies in the city fell even as new developments took root, with the vacancy rate in San Francisco dropping to 5.5% today from 8.3% in the third quarter of 2013 before the building boom began in earnest.

“In total, roughly 76% of the market’s under-construction inventory has been pre-leased, ahead of the US national average and ranking San Francisco among the strongest markets in the country for preleasing,” reads a CoStar Market Analytics report about San Francisco. “Less than 2 million square feet of office space currently under construction throughout the metro is available for lease.”

While the change in development isn’t expected to stop companies from expanding or moving in to the city, or trying to at least, companies seeking ample new space are left only a few options. Some are looking to buy buildings, such as e-cigarette marker Juul, which acquired 123 Mission St. this year, while others may wait until next year in hopes of scooping up newly allocated developments.

“We’re seeing tenants employ a variety of tactics to ensure their ability to grow in the city amid tightening market conditions,” said Roeder.

But now that the allocation is used up, developers may start looking east, further boosting the profile of Oakland, which has already benefited from the slow creep of San Francisco’s real estate activity across the Bay Bridge.

A Train Ride Away

“The outflow based on demand is going to be to the Oakland central business district rather than Silicon Valley, mainly because it’s a 15-minute [Bay Area Rapid Transit] ride and Silicon Valley is harder to get to,” said Jesse Gundersheim, CoStar’s director of market analytics for the San Francisco Bay Area.

“Oakland is the biggest beneficiary of lack of capacity in San Francisco,” he said in an interview. And increasingly companies that are heading to Oakland are tech companies, he said, such as Square, the digital payment company that said in January it would lease a 350,000-square-foot building in downtown Oakland.

And while some may look to Silicon Valley south of San Francisco as an alternative to develop, most of the projects underway there are a result of organic growth from companies and developers who want to be in the smaller cities that make up the nation’s tech capital rather than those that simply can’t find a way into San Francisco, Yasukochi said.

Development in Oakland has been more measured than in San Francisco.

Office building development in the greater East Bay area today is equivalent to about 1.5% of the market’s total existing inventory at about 1.4 million square feet, according to CoStar. About half of that has been preleased. It’s helping developers feel optimistic about building in cities such as Oakland, which only had about 18 downtown properties listing space to accommodate a tenant seeking 20,000 square feet in April.

“The majority of this space under construction speculatively is concentrated in downtown Oakland, where two new skyscraper office buildings are helping redefine the city’s skyline, along with a multitude of multifamily buildings,” reads a CoStar Market Analytics report. “The office buildings under development secured anchor tenants prior to breaking ground, but still contain available space as delivery approaches. Several buildings in Oakland have been completely renovated into creative office spaces, breathing new life into the growing city.”